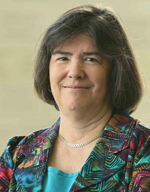 She began working for the Shell Pension Trust in 1993, and directed the Equities portfolio at the time she left in 2001. She was appointed the first Investment Director for the Texas A&M Foundation in April 2001 and Vice President for Investments in 2010. The Texas A&M Foundation has long-term assets of over $1 billion. They are invested in alternative as well as traditional assets and use all external investment managers. Janet is also a member of the Investment Committee for the Society of Petroleum Engineers and has served on the Venture Capital Advisory Board for Commonfund Capital.