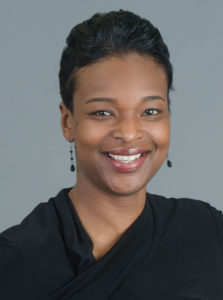 Tonya Veasey is President and CEO OCG PR a Fort Worth based Public Relations firm that she started in 2005.   Before founding OCG PR, Tonya spent more than 10 years in the public affairs industry, working for a state senator, a large nonprofit organization and a Fortune 500 company. Tonya has established outstanding relationships with regional, state and national leaders critical to effective public relations and public affairs work for clients. Tonya oversaw comprehensive public relations plans for Chesapeake Energy and AT&T, coordinating national campaigns affecting business-to-business relationships and business-to-consumer issues for those clients. Under Tonya’s leadership, her firm has led successful public relations campaigns throughout the U.S., in markets such as New York, Chicago, San Francisco and Dallas.

Veasey’s community involvement is extensive and her list of accolades is equally long. She serves on the Board of Directors for several organizations, including, Texas Christian University Neeley EMBA Alumni Advisory Board, Fort Worth Chamber of Commerce board of directors, BBVA Compass Bank community board and Baylor Fort Worth Scott and White Board of Trustee. Veasey was appointed to the Tarrant County Hospital District Board of Managers. In addition, Veasey was recognized as the City of Fort Worth’s 1999 Woman of the Year in Public Service, Fort Worth Metropolitan Black Chamber of Commerce’s 2007 Madame C. J. Walker Award, The Dallas Black Chamber of Commerce 2009 Quest for Success Award recipient, and featured as one of Fort Worth Business Press’s 2002 40 Under 40. In 2011, she received the Dallas Business Journal Minority Business Leaders Award.

Veasey holds an Executive MBA from Texas Christian University and a Bachelor’s degree from Paul Quinn College in Dallas, Texas. A native of Fort Worth, she is married to U.S. Congressman, TX District 33, Marc Veasey and has a son, Adam Clayton.