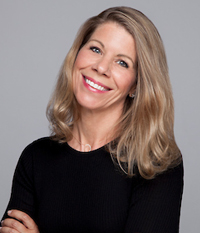 Sonya earned a B.S. in Psychology from the University of Minnesota and an M.S. in Sports Psychology from Purdue University. She is a former Olympic class skier and was a Vice President at BNY Mellon-Private Wealth Management. She speaks frequently to corporate and organizational audiences such as the CFA Society and Women Presidents’ Organization nationwide and has been an instructor in “Negotiation” at the University of Washington. She received her advanced executive coach training at The Newfield Institute in Boulder, CO and
is a Newfield Certified Coach. She also received a Professional Certified Coach (PCC) designation from the International Coach Federation (ICF). Sonya has served on the boards of The Henry Art Gallery, ACT Theatre, Seraph Capital Investment Forum and the advisory board of The Trust for Public Land. She also has been an avid volunteer with Social Venture Partners, Seattle Symphony and The Cascade Conservation Partnership.