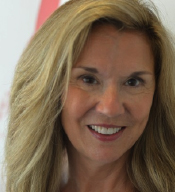 Patty Pickard is the Senior Director of Finance for all Salesmanship Club entities responsible for all aspects of financial, accounting, treasury and human resources.

Prior to that Patty was the Chief Financial Officer of the National Math and Science Initiative, a non-profit organization created to facilitate the national scale-up of programs that have a demonstrated impact on math and science education in the United States. During her career she has held senior level financial and management positions in the finance, real estate development, oil and gas, and insurance industries. She served as CFO and COO of several multi-million dollar companies, as Senior Vice President of a multi-billion dollar publically traded company and as a senior advisor and consultant in mergers of private and public companies.

In 2005 she decided to leave her private sector career and live her commitment to service through employment in the nonprofit world. She served as the CFO for the YMCA of Metropolitan Dallas until 2007, where she was responsible for all financial and IT operations for the $65 million enterprise.

Patty has worked with many non-profit organizations as a volunteer or board member, assisting with community support as well as financial oversight. Before her husband passed away in October of 2005, they co-founded the Pickard Scholarship Fund to honor Dan and his commitment to devoting substantial time and resources in South Dallas. The Fund awards college scholarships to African-American males fulfilling certain educational criteria who are graduating from high school and in need financial assistance. There are currently nine students in college and several who have already graduated with the support of Pickard Scholarship Fund assistance.

Patty is native of Massachusetts, a graduate of Indiana University and is a Certified Public Accountant