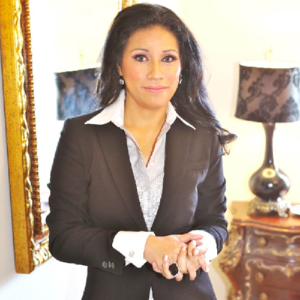 Mrs. Como was most recently Managing Director at TD Ameritrade, where she spent five years as an executive leading key strategic initiatives in enhancing product development for both retail and wealth management. She implemented process improvements via Lean Six Sigma and Lean Managements Systems, offshoring and onshoring, and reduced the firm’s bottom line expenses year after year.

Prior to her tenure at TD Ameritrade, Mrs. Como was at E*TRADE Financial at a time when online investing and technology were combining to create a powerful new force for the average investor.

Over 14 years, Mrs. Como was instrumental in the E*TRADE’s growth into a major financial player domestically and internationally, working to expand the company’s footprint into global and foreign exchange trading.

It was with this background as an innovator in the financial market that Mrs. Como started commercial finance brokerage firm InterPares Capital in 2013 with the goal of bringing change to the lending environment for small businesses. InterPares is Latin for “Among equals.”

“Much like I found during my experience over the past 20 years in empowering the average investor, today’s small business owner is held hostage by the lending market,” Mrs. Como said. “They need an advocate, and a partner, who can empower them with the tools to have access to their lifeline: capital.”

Mrs. Como is passionate about helping the community, and sits on the Advisory Board for the Young Women’s Leadership Academy in Fort Worth. She has sponsored the funding for the Career Center for the Dallas Dress for Success program and actively supports military causes such as the Wounded Warrior Project, No Greater Sacrifice and projects to employ veterans.

Mrs. Como and her husband reside in the Dallas, Texas area with their five children.