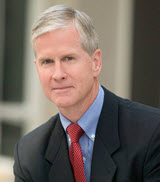 Spider Marks is the former Commanding General, U.S. Army Intelligence Center and was the senior intelligence officer for the 2003 liberation of Iraq. Since retirement from the Army, he has been the CEO of InVisim, a firm that develops training simulations and learning products, as well as, CEO of Global Linguist Solutions, a company that provided linguistic services to the U.S. military in Iraq and was the largest employer of native Iraqis. He currently is the co-Founder of Willowdale Services. He is an Honor Graduate of the U.S. Army’s Ranger School, a Master Parachutist, and has been awarded the Distinguished Service Medal, Legion of Merit, Bronze Star, and multiple expeditionary and service ribbons. He is a 1975 graduate of the United States Military Academy at West Point, and holds a Master’s degree in International Affairs from the University of Virginia. Marks contributes as a military and intelligence analyst for CNN. He is an adjunct professor at Georgetown University.