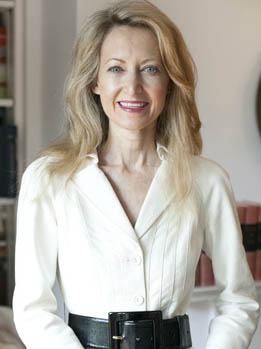 She is a graduate of The University of Texas at Austin where she received a Bachelor’s degree in Biochemistry. She has been employed as a consultant with New England Biolabs, a privately held Biotech firm, for 22 years. Most recently she was named the Chief Executive Officer of the Foundation for the Education of Young Women.

Lynn is best known for her leadership roles in the Dallas community. She served as the Chairman of the Margaret Hunt Hill Bridge Opening Weekend Celebration, the Centennial Dinner Chairman for the Girl Scouts of Northeast Texas Celebration and The United Way of Metropolitan Dallas’ Tocqueville Society Chairman and 25th Anniversary Chairman. Currently she is Chairman Emeritus and Life Member of the Board of Directors of the Visiting Nurse Association; Board Member, The Trinity Trust; Dedman College Executive Board at Southern Methodist University; Past Chairman and current Board member of TACA; Past Chairman and current Board member of the Dallas Film Society; President of the Schuster House Corporation, a family charitable trust; The Bridge Homeless Shelter Board of Directors; Chi Omega Foundation National Trustee; Board member, The Salvation Army; Board Member, Dallas Women’s Foundation; Children’s Medical Center Foundation Trustee; Letot Center Foundation Trustee; Dallas Historical Society Trustee and Chairman-Elect; Dallas County Community College District Foundation Executive Board member; The Family Place Foundation Chairman of the Board; After School All-Stars Board of Directors; Callier Center Board of Trustees; American Film Institute Advisory Board; Community Partners of Dallas Advisory Board; Founding Chairman of the Friends of Letot Center; Dallas Area Habitat for Humanity Honorary Board; Heroes for Children Advisory Board; Dallas After School Network Board of Directors; UTD Center for Brain Health Advisory Board; Cancer Foundation for Life Advisory Board; AT&T Performing Arts Center President’s Advisory Council; Launchability Community Advisory Board; The Chiapas Project Advisory Board; member of Charter 100, The Crystal Charity Ball, Sweetheart Ball, associate member of The Cattle Baron’s Ball, member of the Dallas Woman’s Club, Hesitation Club and the Marianne Scruggs Garden Club.

Additionally she is a graduate of Leadership Dallas and Legacy Dallas and was a 2006 finalist for the Texas Trailblazer Award. The Dallas Junior Chamber of Commerce named Lynn one of “Five Outstanding Young Dallasites” for 2007. Additionally, she won a 2007 NorthStar award for her leadership and work with TACA. She also received the 2008 “Rising Star” award given out by The Boys & Girls Clubs of Greater Dallas. She was the “Honored Philanthropist” at the 2008 Children’s Cancer Fund Luncheon. She was given the Diamond Award for outstanding volunteer service in June of 2011 by RSVP Calendar. In the fall of 2011, she was honored at the Presbyterian Foundation Luncheon with an “Each Moment Matters” Award, Leadership Dallas Hero Award for their 35th Anniversary and with the “Real Women, Real Girls “Award from the Girl Scouts of Northeast Texas. She recently received the Partners for Children Award from Community Partners of Dallas and was named one of the “Ten Best Dressed” Women of Dallas for her work in the Community by The Crystal Charity Ball. She also received the Distinguished Woman Award from Northwood University in the Fall of 2012.

Lynn has been married to her husband Allan for 14 years. Lynn is an avid runner and has competed in numerous marathons. She is also a former oboist and classically trained pianist and in her spare time still enjoys playing the piano. She loves going to the movies, attending film festivals, running, traveling, reading and spending time with her three nieces.