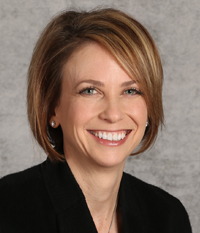 Prior to joining the Rangers, Kellie spent four years at PricewaterhouseCoopers LLP in the audit division of the Dallas office.  She earned her B.A. in accounting from Baylor University in 1995 and is a Texas CPA.  Kellie is a member of The Dallas Assembly, International Women’s Forum, and is an alumna of Leadership Dallas.

She was named the 2010 Chief Financial Officer of the Year for private mid-size companies by the Dallas Business Journal, the 2012 Chief Financial Officer Game Changer of the Year by the Fort Worth Business Press, the recipient of the 2013 Herbert H. Reynolds Outstanding Young Alumni Award of the Baylor University Alumni Association, and one of the Dallas 500 Business Leaders by D Magazine in 2015.

Kellie and her husband, Scott, reside in Dallas.