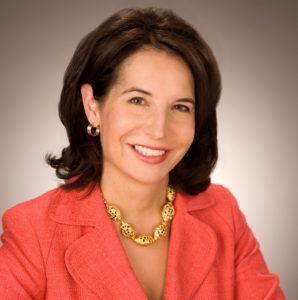 Prior to launching her consultancy, Janet spent a total of fifteen years practicing international business law at Baker Botts LLP and Enron, and, as a foreign visiting attorney, Santamarina y Steta, S.C., a premier Mexico City-based firm. She has contributed articles to a variety of publications, including the Wall Street Journal’s Asian edition.

Janet was graduated with honors from both Georgetown University’s School of Foreign Service and the University of Texas School of Law, where she was an Associate Editor of the Texas International Law Journal. In addition, she attended the London School of Economics and studied in Austria, France and Italy. She is a professionally trained and certified executive coach.

Currently, Janet serves on Mayor Parker’s International Trade and Development Committee for Asia. She is the immediate past Chair of the Houston Committee on Foreign Relations.

The National Endowment for the Arts selected her as a panelist four times. Janet serves on the Board of Trustees of the Houston Symphony and the Menil Collection’s corporate development committee.

Janet previously clerked at the Department of Justice, Civil Division, and interned on Capitol Hill twice. She is proficient in Spanish with a reading knowledge on French and Italian, and is married with two children.