Imma’ Let You Finish Do Women Talk More Often than Men? No. But They Are Interrupted More Often. Read on below >

Home Newsletter Imma’ Let You Finish Do Women Talk More Often than Men? No. But They Are Interrupted More Often. Read on below >

Imma’ Let You Finish Do Women Talk More Often than Men? No. But They Are Interrupted More Often. Read on below >

David Bonderman, Partner at TPG made headlines for his disparaging remark to Arianna Huffington during an Uber board meeting when she was explaining that adding one woman to the board often leads to more women joining a board. Mr. Bonderman responded that ”Actually, what it shows is that it’s much more likely to be more talking.”

It is taken for fact that women talk more than men, but is that true? To set the record straight, a study at the University of Texas published in Scientific American noted that men and women use roughly the same number of words in a day. The full article can be found here. Further, a Harvard study noted that when students were working in collaborative groups, if the number in the group was seven or greater, men talked more.

What men also do more frequently is interrupt women. An article in Forbes detailed a study by George Washington University that notes that when men are talking with women, men interrupted 33% more often than when they were speaking with men. The full article can be found here. 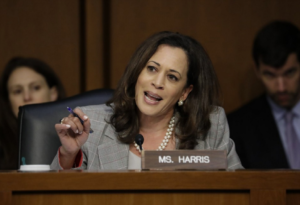 We had a high profile example of that twice in two weeks when Senator Kamala Harris was cut off by her colleagues while posing questions during. Senate intelligence hearings. For those of you unfamiliar with Ms. Harris, she has had a 25-year career in law enforcement, served 2 terms as San Francisco’s first female district attorney and was the first woman elected as California’s attorney general. During two sessions of questioning, she asked tough pointed questions as one would expect of someone with a prosecutorial background. For that, she has been called hysterical and was both interrupted and chastised for her style of questioning.

I believe part of this tone deafness has to do with what communication expert Deborah Tannen classifies as the different motives behind communication.“Men speak to determine and achieve power and status. Women talk to determine and achieve connection.” To change the dynamic, men must think twice about interrupting. Brilliant case in point was when Google CEO Eric Schmidt interrupted the only women on a panel during a SXSW event. 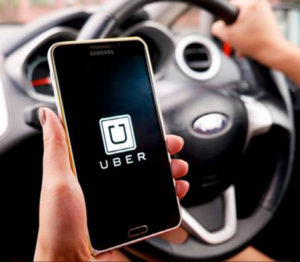 The case for diversity

But back to Uber and TPG. TPG is a large investor in Uber, so beyond Mr. Bonderman’s sexist remark, TPG has a very real stake in the financial performance of Uber on behalf of their investors. And of course Uber is all over the news for its toxic and sexist culture which is putting the future of the company at risk. Perhaps instead of disparaging women, Mr. Bonderman should be paying more attention to all the studies that show how increased diversity in both management and on boards can improve company performance and profitability. And if he is looking for qualified candidates, we have 2,500 of them.