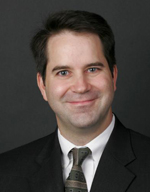 Mr. Dyra was a Managing Director at New Legacy Capital, LLC with offices in Nashville, Tennessee and New York City, New York, from 2007 to 2010, providing sophisticated and unbiased global investment management products and services to families of substantial wealth and other institutional investors who seek superior risk-adjusted returns.

As an Assistant Treasurer at Vanderbilt University from 2004 until 2007, Mr. Dyra was a member of the endowment investment team which exercised discretion over all asset classes and manager selection. Mr. Dyra’s specialist coverage included public equity/ fixed income investments and hedge funds, which represented over 70% of the $3.0 billion endowment.

Mr. Dyra directed research at Mistral International, LLC, a fund of hedge funds from 2001 to 2002, and at Summit Strategies Group, Inc., an investment consultant to pension plans, insurance companies, endowments and foundations, from 1999 to 2001.

As a public accountant at Arthur Andersen from 1987 to 1992, Mr. Dyra served investment companies, an ultra-high net worth individual and small business audit clients in Hamilton, Bermuda and Chicago, Illinois. Mr. Dyra earned an MBA from The Kellogg Graduate School of Management in 1997 and a BBA from Loyola University of Chicago in 1987. He has been a Chartered Financial Analyst (CFA) charter holder since 2001. He is also a member of the New York Society of Securities Analysts (NYSSA), American Institute of Certified Public Accountants (AICPA) and Illinois CPA Society (ICPAS).

Mr. Dyra currently resides with his wife, Laura, and their four children in Nashville, Tennessee. Their eldest child is pursuing college studies in film and digital media in Chicago, Illinois.