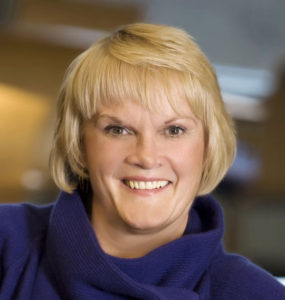 Ms. McFate is the Chief Investment Officer of Xerox Corporation where she is responsible for the investment management of roughly $9 billion in defined benefit and defined contribution investments for North American plans. Since November 2006, she has built a team and successfully in-sourced the management of the investment managers for Xerox’s U.S. qualified retirement plans. She was named to the CIO magazine’s Chief Investment Officer Power 100 list in 2012, 2013, 2014, and 2015. Xerox was awarded CIO magazine’s 2012 Industry Innovation Award (corporate pension plan assets under $5 billion) in December 2012. In 2014, she received the Thought Leadership award from the Investor Intelligence Network of Institutional Investor and the 2014 Small Corporate Plan Sponsor of the Year award from Institutional Investor magazine.

Before joining Xerox, Ms. McFate was the Executive Vice President and Global Treasurer of XL Global Services, Inc., the global services subsidiary of XL Capital Ltd. Reporting to the CFO of XL Capital, she was responsible for building a global treasury platform for XL to manage bank relations, cash/liquidity, collateral, funding, capital, foreign exchange, and financial analysis. In addition, the credit risk management function reported to her.

Prior to joining XL, Ms. McFate was with American International Group, Inc. (AIG) for nine years in a number of senior executive financial positions, including Vice President & Treasurer of AIG, Inc. During her four and a half years as Treasurer of AIG, she was responsible for bank relations, rating agency relationships, cash/liquidity management, corporate funding, foreign exchange management, capital management, and financial analysis.

Before AIG, she was a Senior Vice President with the Financial Restructuring Group of the Prudential Insurance Company. Over her six year tenure with Prudential, Ms. McFate was in various investment management positions in the Private Placement Group of Prudential Investment Corp. Prior to Prudential, she was Assistant Treasurer of Macmillan, Inc., where she was responsible for corporate finance activities, bank and rating agency relationships and investor relations. Before Macmillan, Ms. McFate was a corporate lending officer with Citibank, N.A. where she was responsible for new business development and existing client relationships in two specialized industry groups: high technology and cable television.

She served as a Trustee of the Parsons Dance Foundation, in New York, NY (2004-2006) and a Trustee and Treasurer of the Katherine Hepburn Cultural Art Center in Old Saybrook, CT (2007 – 2008). She currently serves on the board of directors for CIEBA, Inc.

Ms. McFate is married and resides in Connecticut.