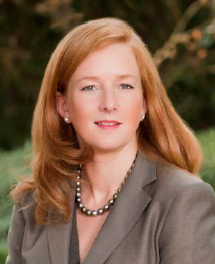 Allison K. Thacker joined Rice University in 2011 as Vice President for Investments and Treasurer and President of
the Rice Management Company with the responsibility of managing a $4.5 billion endowment fund. The Rice
University Endowment ranks in the top 20 endowments of private research universities in the US. Prior to joining
Rice University, Ms. Thacker spent 11 years with RS Investments, a San Francisco‐based investment firm
specializing in public equities, with over $20 billion in asset under management. Ms. Thacker was Managing
Director for RS Investments from 2009‐2011 where she managed a ten person team responsible for five mutual
funds and two institutional strategies with $1.9 billion under management. Before assuming the role of Managing
Director at RS Investments, Ms. Thacker was a Portfolio Manager (2003‐2011) and an Analyst (2000‐2011) at RS
Investments. In the earlier portion of her career, Ms. Thacker served as a Summer Analyst at Putnam Investments
and as a Financial Analyst in the energy investment banking group at Merrill Lynch & Co. She was a founding
board member of KIPP Heartwood Academy, a college preparatory charter school serving East San Jose,
California, is currently a member of the KIPP Houston Executive Board, a member of the Houston Ballet Board of
Trustees and a board member for Black Stone Minerals. Ms. Thacker is a graduate of Harvard Business School
where she received a MBA and has a Bachelor of Arts degree in economics with honors from Rice University.