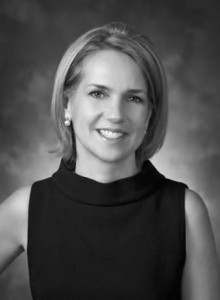 Alexandra Pruner serves as Chief Financial Officer of Tudor, Pickering, Holt & Co., the Houston-based energy investment and merchant banking firm and sits on the firm’s Executive Committee and Board of Directors. She joined Tudor in early 2007 prior to its combination with Pickering Energy Partners, and has helped spearhead the combined firms’ growth. Today, the firm is widely recognized as one of the leading energy investment banks in the industry and has more than 150 employees in four offices in the US and Europe.

Ms. Pruner serves as a Director on the Central Advisory Board of Amegy Bank, and as a Trustee for the Houston Symphony Endowment. In 2013, she was named “CFO of the Year” by the Houston Business Journal for medium-sized private companies. Ms. Pruner also serves the Houston advisory board of the Nature Conservancy and the Finance Committee of the Houston Zoo. She graduated with a BA in Economics from Brown University in 1983 and has the Series 7, 24, 27 and 63 securities licenses.

She and her husband David live in West University. Their daughter works at an investment bank in New York and their son is in college.